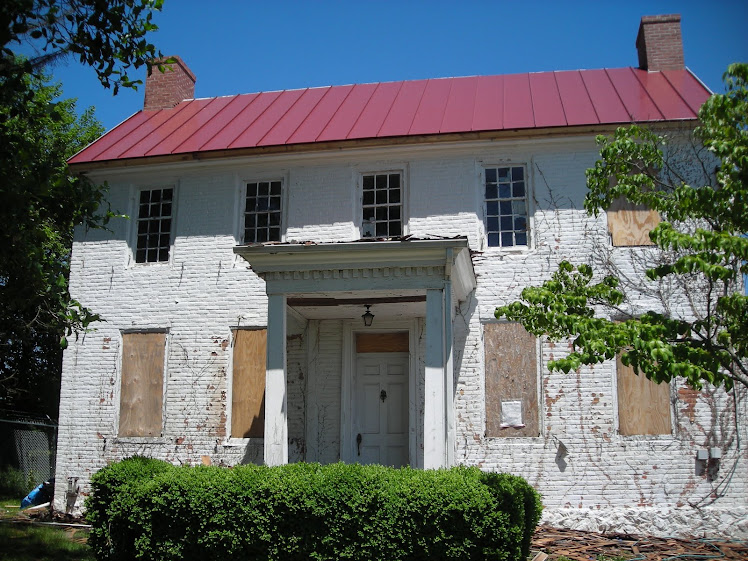 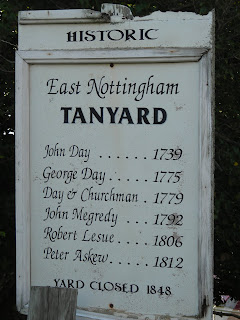 In the early 1700's, William Penn claimed approx. 18,000 acres of land known as the Nottingham Lots. Lots, because it is said that the buyers "drew lots" for the land that they were to purchase. Upon purchase, the buyers paid eight British pounds per 100 acres. The original Nottinghan Lots extended from just west of Newark, Delaware to Rising Sun, Maryland. In 1701, all 18,000 acres were in Chester County, PA. In the 1760's when Mason-Dixon surveyed the land, approx 16,000 became part of Cecil County, MD.

There were 37 original lots. The lot our house stands on is part of lot 31. Robert Dutton was the original purchaser. In 1722, Samuel Littler wanted to purchase an additional 300 acres and was sold part of lot 31. Upon Littler's death, his will instructed his son to sell some of the property. His son, John Littler, sold property to his brother-in-law, John Day. In 1739, John Day paid taxes on the property. There, he established the East Nottingham Tanyard. The tanyard was in operation until sometime around 1848.
Posted by Jeff and Stephanie at 3:27 PM